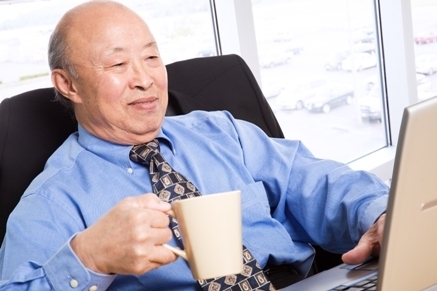 Fortified by the belief that they will be able to continue working beyond the official retirement age while their expenditure will stay around two-thirds of their current salaries, the prospect of retirement for the majority of Asia investors is one of promise rather than dread.

The findings from the latest Manulife Investor Sentiment Index survey, released today, reflect investor optimism about retirement as a time for leisure, travel and being with the family, combined with a little work to top up funds. Investors also tend to anticipate retiring a few years early. These expectations, however, are in many cases overly optimistic, pointing to a mismatch with reality.

In three key areas, the survey findings show investors making misjudgments about their retirement with regard to the actual duration of their retirement, day-to-day expenditure during retirement and their ability to work.

On the upside, many investors underestimate their longevity. Life expectancy data (Note 1) shows that the survey respondents are likely to live up to five years longer than they anticipate. The downside is that their retirement savings will likely run dry before that happens.

"Sadly, many are eyeing the wrong target and realize the mistake late in the day, so they end up delaying or trying to delay retirement," said Robert A. Cook, President and CEO of Manulife Financial in Asia. "We see in the survey those in their twenties expecting to retire at 58 and that creeps up to 65 by the time they're in their sixties.

As they grow older, they realize they'll live longer. A large number of our survey respondents -- even those who have been actively investing for retirement -- also say they wish they'd started planning earlier or saved more from the outset."

Survey respondents said they expect retirement expenses to average 64 per cent of their current income, but in reality they will likely be much higher. This has not yet hit home with Asia investors for whom retirement is seen as a time when they are free to do what they want (48 per cent), enjoy what they have earned in earlier years (41 per cent), and spend more time with family and friends (40 per cent).

Attitudes towards retirement are predominantly positive, with the dark cloud of old age and poor health only a top-three consideration for investors in Indonesia (40 per cent) and Hong Kong (34 per cent).

"Indonesian and Hong Kong investors are wise to have healthcare costs on their radar," said Michael Dommermuth, President, International Asset Management at Manulife Asset Management. "I think we're all aware of it from personal experience with family or friends, but the reality is that medical prices have risen in Asia at about twice the rate of inflation over the past 10 years.

In Singapore, it's nearly four times higher and in Indonesia it's over five times higher. Healthcare is very expensive and you need more of it as you get older."

Ability and willingness to work in retirement overestimated

The Manulife survey also shows more than half (54 per cent) of investors expect to work full- or part-time during 'retirement'; for another six years, on average, until the age of 66. Singaporean investors expect to continue working the longest, with another nine years of 'post retirement' work until age 70.

The majority of investors across the region see working in retirement in a positive light: a way to stay active, connected and healthy. Very few say they have no choice but to work, but in reality they may not be able to work whether they want to or not.

"Research reveals that elderly labor employment levels are generally well below the level the survey findings point to," explained Mr. Dommermuth. "In North Asia, elderly labor participation ranges from 8 per cent in Hong Kong and Taiwan to 20 per cent in Japan.

This could be because although retirees want to work, they may be increasingly selective about the jobs they take, waiting to find a position that is line with their personal interests, offers a flexible schedule and is less physically demanding. Or their ability to work may be limited due to elderly-related health issues."