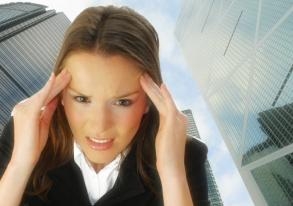 Paper gold buyers have been cutting their bets.

According to IG Asia, looking at the World Gold Council report, the top line numbers shows that the divergence between physical and ETF gold buyers have gotten wider since the US equity rally. However, focusing on the bullion sales it revealed a shared view between ETF and physical investors that gold has lost its attraction as a viable investment class.

Total demand for gold bars and coins reflect that both China and India lost market share of 29% in Q3 2013, from 46% in Q3 2012. The investment theme of gold bars took a hit due to investors having other investment opportunities while they wait for further decline in bullion prices.

Buyers in the US also sat on the side-lines in Q3; this is not surprising given the strong US equity rally providing better returns.

Paper gold buyers have been cutting their bets on the ETF by 37% and increasing short bets from 26,490 to 54,143, according to the US CFTC data. Gold, which provides diversification in portfolios, has hindered portfolios from performing due to its low correlation and the bear market it has been in this year.

However, the recent World Gold Council’s Q3 report shows physical consumers in Asia remain strong. Chinese retailers are the biggest buyer in the world, including kilo-bars, coins and jewellery it comes to an estimated of 996.3 tons for the 12 months ending Q3, making up 26.5% of the total global demand.

Putting it into perspective, the total year-to-date demand in Western countries including USA, Germany, Europe, Switzerland, France and Russia totalled 402 tons. Gold as a physical commodity will always have a place in Asia due to culture, the history associated with gold’s feature as a holder of value and lack the of investment options in the developing nations.

This year, the demands from the ‘East outweighs the West with the differential of 5.4 times, where the average is 3.7 times over the preceding five-years’, World Gold Council.

Gold jewellery makes a good gauge of consumer sentiment. In China, demand for 24k, 99.99% and 99.95% purity is popular in the rural areas. Despite the lower trending price of gold, South Korea is the only nation with a weak demand due to sluggish consumer sentiment.

Vietnam and Japan both saw increase in gold jewellery sales in the Q3 as buyers feel positive about the country’s economic outlook.

Given the strong demand from retailers in physical gold, it could buoy a downward trend which means although gold prices are likely to weaken; it won’t trend lower without a fight.