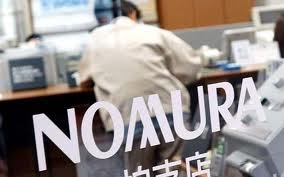 Japan’s Nomura to cut another US$1B from overseas operations

Nomura Holdings is cutting an additional US$1 billion in costs in its overseas operations.

It is the group's the second major restructuring of its loss-making overseas operations in less than a year.

The cuts are to come from its wholesale division, which houses investment banking, equities and fixed incomeoperations, and would be completed by the next financial year that runs through March 2014, Nomura said.

The new plan will come on top of a US$1.2 billion cost savings move launched last year.

The streamlining marks the first attempt by new CEO Koji Nagai to shore up its troubled overseas operations, built in large part on its acquisition of the Asian and European businesses of failed Wall Street bank Lehman Brothers in 2008.

Nomura said the cuts would target front, middle and back-office workers but offered few other details, saying a full disclosure of its new strategy would come when it will hold an event for investors in Tokyo. The previous  cost savings plan saw about 1,000 job losses, sources have said.

Nagai told the meeting of 450 managers that Nomura had no intention of retreating from overseas markets, despite posting losses overseas for nine straight quarters.