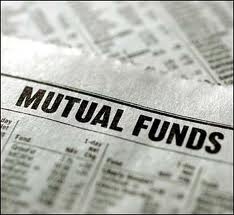 Japanese retail investors will direct their cash into low- and middle-risk mutual funds to avoid high-risk products while Europe's debt problem persists and uncertainty dogs the outlook of the US and Chinese economies.

According to Lipper, the Japan-domiciled equities mutual funds market saw its first net outflow in six months in August. Net outflow totalled 157.3 billion yen ($2.01 billion) during the month, a reverse from a net inflow of 50.8 billion yen in July.

"We've been seeing solid inflows since the start of the year, but the scale of inflows is not strong as we've seen from 2009 to the early part of 2011 when large amounts of money went into double-decker currency hedged mutual funds,"

Many investors continue to invest in "double-decker" funds, which bundle high-return assets and high yielding currencies to achieve high yield.

"It's too early to say whether this is a major trend like we've seen in double-decker funds, but we can say that mutual funds with a covered call have clearly provided a solid footing to support the overall value of the market," said a senior official at a Japanese brokerage company's fund distribution section.