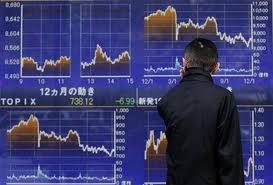 Former Citigroup portfolio manager Yang Yeo and Janice Dunnett are preparing to launch a hedge fund in the third quarter of 2012.

Naga Capital Master Fund, which the two executives are setting up in Hong Kong, will target an annual return of 15 percent through investments in credit, equity and convertible bonds in the region, according to the document.

In a separate move, former Highbridge Capital portfolio manager Toby Bartlett is preparing to launch a hedge fund in July or August to bet primarily on Japanese and Korean shares, according to another fund marketing document seen by Reuters.

Nomura Holdings Inc trader Benjamin Fuchs who plan to launch their own hedge funds this year.

Such moves come as proprietary desk traders leave banks in light of the upcoming 'Volcker Rule' which will limit the extent to which banks can make bets with their own capital.

Bartlett's long/short market neutral hedge fund Arena Capital will invest in North Asian firms driven by domestic demand and those seeing price swings as a result of earnings and corporate events such as share buybacks or mergers and acquisitions.