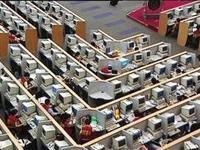 Singapore Exchange (SGX) is inviting public feedback on the proposed introduction of banks as Trading Members in the securities market.

Under the proposal, SGX will admit banks directly as Trading Members. Compared with membership through a subsidiary, banks will be able to improve their capital and resource efficiency.

The structure of the Trading Membership for banks will be similar to that of the derivatives market. Banks have participated directly as Trading, as well as Clearing Members of SGX-DT and SGX-DC respectively for the past one to two years.

The consultation paper on the proposed admission of banks as Trading Members in the securities market which details the rationale and proposed membership requirements will be available on the SGX website www.sgx.com.