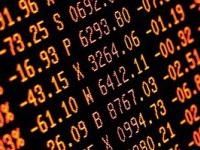 According to IG Asia, while equities may be cheering on the backdrop of a possible short-term increase to the debt limit, the issue is clearly not resolved, but postponed.

There’s been a lot of back and forth between the White House and the Republicans, and there are signs that the clash of egos in this debt-ceiling debate has trickled down to impact the economy.

The overnight relief rally was an interesting development. After the “non-taper” news was announced, we had one day of rallying followed by three days of losses.

This was the moment investors felt that not tapering reflected badly on the economy. We could have debates and sit on the sidelines while this is happening. But the bottom line is that, despite the political drama, the trend for US equity markets is still on the upside, with the lacklustre earnings season and squishy economy.

Unsurprisingly, the euphoria was translated into the EMEA space with ishares Thailand and the Philippines taking the lead in the strong rally, both gaining 4.4%.

The performance in the Philippines makes sense given that their economic growth has been strong at 7.5% in Q2, with many projecting that the country will surpass its peers.

They had a current account surplus of $1.03 trillion dollars in June of 2013. August trade exports showed a jump to 20.2%, valued at $4.58b, from 2.3% previously. Foreign portfolio investments into the Philippines, including stocks and bonds, have been net positive for the month of September, totalling $631.5m, compared to a net negative in August.

In the past month the peso had a return of 1.35% against the dollar, while the PSE composite remains one of the best performing markets amongst its peers, with an 11% year-to-date return.

Remittances - which account for 10% of the country’s GDP - and the boost to private consumption are expected to increase to $26b, according to the World Bank.

Thailand
Many are asking why US investors’ appetite for Thailand is suddenly changing, given the fragility of the country’s economy.

Thailand fell in a technical recession for the first time since 2009 in Q2, due to depressed exports and personal consumption. External debt continues to balloon at $1.4t in Q1, which puts them in the high-risk category when the US starts tapering.

High household debt and the depressed baht have prompted Bank of Thailand to plan to cut its growth forecast for 2013 to 3.7%, from a high of 5.1% in July. Their bond market is showing signs of pessimism over the economy with the 10-year yield dropping below the two-year notes to 3.839% from a high of 4.35% in September.

Interest rate cuts are on the cards after Finance Minister Kittiratt Na-Ranong said the borrowing costs are too high at 2.5%. The currency has depreciated 2.15% against the dollar in the last 30 days. Business confidence has fallen from 59.7 to 55.5 in Q3, with consumer confidence dropping from 79.3 to 77.9 in September.

The positives, which investors might be buying into, are that CPI has slowed in September at 1.4% year on year, the increase in minimum wage and the low unemployment rate of less than 1%. The latter is seen to have translated to stable personal savings.

The Fed’s accommodative stance is here to stay. This should mean Thailand coming from a low base to be an over-performer.