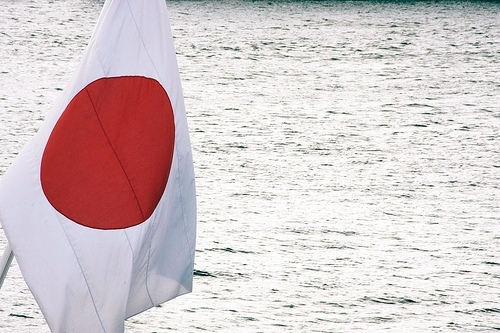 On its way to restoring 3-month trend.

The Japanese Yen traded lower against all of the major currencies except for the comm dollars.

Kathy Lien, Managing Director of FX Strategy for BK Asset Management, said in contrast to the sharp sell-off in the Yen crosses on Wednesday, today's moves were modest in comparison.

The largest change was in NZD/JPY, which dropped only 0.5% compared to losses in excess of 2% 24 hours ago. The Ministry of Finance's weekly portfolio flow report was the only piece of Japanese data on the calendar and the data showed very strong demand for foreign bonds from Japanese investors.

In fact, net purchases of foreign bonds rose to 2-month highs after Japanese bond yields dropped to a 5 month low and the U.S. resolved its fiscal crisis for the time being.

This was the second month in a row that Japanese investors bought foreign bonds, restoring a 3 month trend that had taken place before the U.S. government shutdown.

The Cabinet also released its monthly economic report and their assessment of the economy remained unchanged.

The government continues to see the economy on its way to recovery at a moderate pace but it also seems like policymakers are growing concerned about the recent volatility in the financial markets. Economy Minister Amari said the rising wealth effect of stocks on consumption is pausing.

Consumer prices are scheduled for release this evening along with the corporate service price index. Price pressures are expected to increase slightly as Japan slowly wins its battle with deflation.