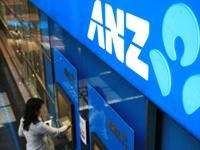 ANZ authorised by SEC to engage underwriting of government and corporate securities in the country.

Australia-based commercial bank Australia and New Zealand Bank Group Limited (ANZ) is eyeing the local capital markets for its business, after a decision to put up an operations hub in the Philippines.

Documents from the Securities and Exchange Commission (SEC) showed that ANZ, Australia’s fourth largest bank, was awarded the license to establish an underwriting business in the Philippines.

View the full story in Malaya.