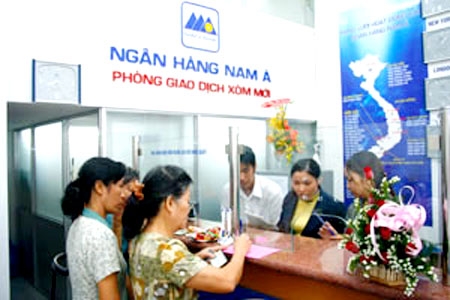 Nam A Bank will continue to increase its chartered capital from US$143.6 million to US$177 million and establish the finance investment arm in 2011.

The bank also announced that it will move its headquarters to Cach Mang Thang Tam St, district 3, HCM City.

Nam A Bank also plans to open a trading exchange and eight branches in cities of Saigon, Dong Nai, Long An, Can Tho, Tien Giang, An Giang, Kien Giang, Ca Mau, and Binh Thuan. The lender also plans to launch 12 transactions sites and 20 saving funds.