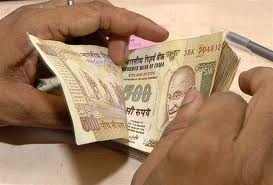 More focus will be made on exits with healthcare, financial services and technology being top PE picks.

"In the last couple of quarters, PE investments have picked up and 2013 will prove to be a good vintage year," said Shashank Singh, partner and head of India at Apax Partners.

The focus of veteran PE firms currently is largely on exits rather than investments. "A tremendous amount of capital has been delivered already in the country but not much performance (in terms of exits) has been demonstrated yet. Hopefully, the IPO market will revive and aid exits for PE firms. We remain believers in the long-term story of India but near-term challenges remain," said Gopal Jain, founder and MD, Gaja Capital Partners.

"Compared to 2005, we are seeing a growth in deal volumes but the process of correction is also happening and will continue till exits in India really take off," he added.

Some of the problems that haunted PE investments in the country will continue well into 2013 as well.

"In 2012, sellers often stuck to their high valuation benchmarking the previous year and buyers wanted to pay the value based on the increased risk in the company. 2013, though positive, will see similar situation arising," Singh said. There would be action in strategic buyouts too, with many inbound deals expected.

"Many Japanese corporate firms are strong contenders to participate in manufacturing, IT and are interested in these sectors in India along with the local players," said Archana Hingorani, chief executive officer and executive director, IL&FS Investment Managers. Japanese firm Nippon Life Insurance picked up substantial stake in Reliance Capital Asset Management in June this year. In September, US-based Invesco bought 49% stake in Religare Asset Management. "2013 will see more controlled transactions or buyouts as compared to earlier," said Singh.