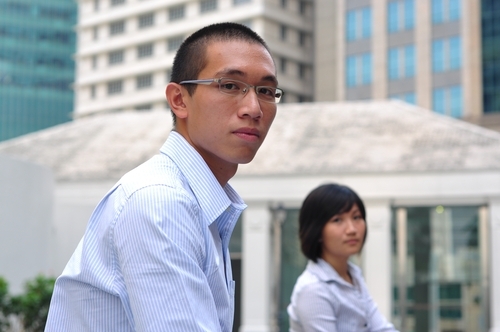 “A maturing market: Asia-Pacific private equity outlook 2014”, released today by EY. The report, developed in collaboration with Mergermarket, highlights that rising investor sophistication as general partners utilize new means of investing, as well as greater understanding of the complex PE model by business leaders are underpinning this growth – and hence leading to expected increased deal activity in the region going forward.

One of the standout trends in this year’s survey is that cash-rich corporates will no longer pose the greatest challenge to private equity in Asia-Pacific in the year ahead. Only 40% of respondents chose this option as opposed to 79% in 2012.

“Corporate buyers are becoming less the foe and more the ‘peng you’ – Chinese for ‘friend’ – of private equity in Asia,” said EY’s Private Equity Leader for Asia-Pacific Robert Partridge. “This shift in attitude has developed as corporates are seen as less of a threat in competitive situations and more as potential buyers.”

This in turn saw respondents lean toward trade sales as the exit strategy of choice in 2014. A number of private equity firms across the region, particularly in Southeast Asia, have already benefited from the demand for assets by exiting portfolios to corporates for a sizable profit.

Purandar Rao, Co-Leader for Asean Private Equity at EY observed that exciting times are ahead for private equity in Southeast Asia.

“Entrepreneurs and executives across Southeast Asia are increasingly aware of the value and wealth creation opportunities that private equity can bring to their businesses. While deal volumes have been relatively flat, we expect this to pick up in 2014,” he said.

“The pace of private equity exits in Southeast Asia is expected to increase given that markets are improving and holding periods have been stretched over the last few years. Trade sales to corporate buyers will continue to be the main exit strategy but as markets get better, IPO activity will pick up,” he added.

In terms of challenges, 62% of respondents expect overvalued targets to be a major hurdle. This follows an upswing in sentiment from last year, when only 48% felt valuation issues would prove most challenging.

Luke Pais, Co-Leader for Asean Private Equity at EY said: “To bridge the value expectation gap, private equity needs to be able to develop a relationship between the parties, rapport that can be created with open communication and by a demonstration of value. Having specialist knowledge of a particular sector, a track record of excellence and access to markets will all serve to establish improved ties with the seller group,”

According to 60% of respondents, regulatory issues will also remain a concern for the market, especially among foreign private equity firms new or unfamiliar with local investment landscapes.

Similarly, Asia-based funds are expected to chip away market share previously held by their global counterparts. These funds will be in the spotlight for global PE agendas in the year ahead, with 99% of respondents anticipating that competition in terms of raising capital will be significant.

“There is an ever-increasing mix of global, regional and local private equity funds that are looking to invest in Southeast Asia. Funds are looking to differentiate through type of capital deployed, sector and geographical expertise as well as internal skillsets that can work with investee companies to improve performance. Growth capital investments will continue to be the main theme but we will see increasing buyouts, secondary transactions as well as partnerships with corporates,” added Luke.

On a country level, private equity practitioners are still at the base of a significant learning curve, adapting their Western model of investing to the diverse economies of Asia.

“Foreign and domestic firms are becoming more disciplined and sophisticated in terms of investing. Many oversights, such as a lack of adequate due diligence, are becoming a thing of the past,” said Robert.

Commenting on opportunities in Australia, he added that “despite its small population, there are still acquisitions that can yield considerable returns. Similarly, a quality workforce and high level of innovation provide a positive framework for investment.”

In Japan, the mindset toward PE is progressively changing, “[Japanese corporates] are developing a better understanding of the value private equity can bring to their businesses,” concluded Robert.