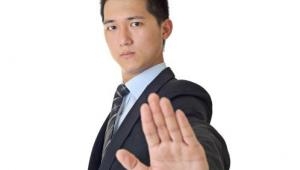 According to IG SG Daily, India, one of the two notable emerging Asian equity markets, has outperformed its peers over the past few months.

The country’s indices have more than recovered from the suffering in summer when the Fed’s tapering was first mentioned. The Nifty index has gained 20% and the Sensex gained 18%, since Wednesday 28 August.

The Indian equity markets have seen a fresh inflow of foreign funds totalling US$5.3b from 29 August to 9 December, which was translated to a 15.5% return in the Sensex and a 17% return in the Nifty.

The outflow which started from Tuesday 23 July and ended on Wednesday 28 August totalled US$8.8b. This translated to the Nifty losing 13% and the Sensex losing 11%.

The fundamental reasons why the Indian market has outperformed its peers can be attributed to: RBI Chief Rajan’s policies to stabilise the rupee and bring confidence back amongst investors, the growth rate surprise, and the narrowing of the current account deficit.

Although, the state election has been attributed as the reason the stock markets hit new-highs, there is a great deal of expectations from the people that the new government, led by candidate Narendra Modi, will boost economic growth.

However, the fundamental reasons should not be ignored. India’s rupee did decline at one point close to 20% within three months. Today, it is the best performing currency within the Asian currency space, with a 15.9% return from the period 28 August and has consistently maintained its position over the past week and month.

It is still below the official target growth rate of 5.3%, but the narrowing current account deficit to $5.2b from $21.8b the previous quarter was a welcomed relief.

The central bank has been able to shore up foreign currency reserves since September with $17b to $264b on the Friday 29 November.

All these points to a better Q4 for India and has increased the likelihood of meeting their target growth rate. The risk remains when the Fed decides to dial back their monetary policy, but India is in a better position as it has taken steps and shored up against this.