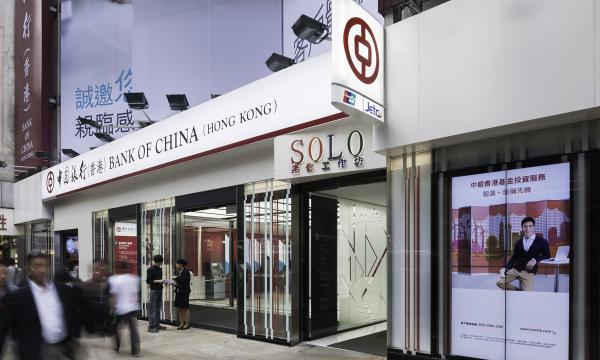 Here's the main reason behind.

This is because these banks can offer a banking platform to source US and Hong Kong dollar funding in Hong Kong, a key financial market in Asia and a gateway to China.

Only a limited number of such banks would be left if the recently proposed takeover of Chong Hing Bank (CHB) is approved by the regulatory authority.

Beyond increasing reliance on Chinese demand for exports of goods and services, the city is also the main hub for offshore trade and investment in the Chinese yuan. Hong Kong's cross-border financial links with China have risen rapidly, with growing loan demand in China financed by Hong Kong-based banks - reflecting tightening monetary conditions on the mainland.

Foreign banks may look to boosting market presence by acquiring second-tier institutions with established branch networks, as they can also offer access to yuan deposits in addition to US and Hong Kong dollar funding that can be lent to companies investing in or trading with China. These factors have raised their attractiveness to potential buyers.

Smaller banks in Hong Kong have so far maintained tight risk control despite the growing competitive pressure. Potential acquisitions could have an impact on these banks' ratings if the transactions result in a shift in management strategy.

In particular, a re-orientation of credit strategies, asset concentrations toward the mainland, or a perceived weakening of governance or risk controls could exert pressure on their ratings.

Nevertheless, any acquisitions of locally authorised institutions (including banks) remain subject to approval by the Hong Kong Monetary Authority (HKMA). We expect HKMA to require that appropriate risk management frameworks be maintained even after acquisitions.

The recent takeover of CHB by the Guangzhou-based Yue Xiu Group, if successful, would be the first such sale since Wing Lung Bank's sale to China Merchants Bank in 2009.

We placed CHB's BBB+ ratings on Ratings Watch Negative (RWN) as we expect its risk appetite to rise. The RWN also encapsulates the potential drag on profitability and pressure on loss-absorbing capacity following the sale and lease-back of substantial property holdings.