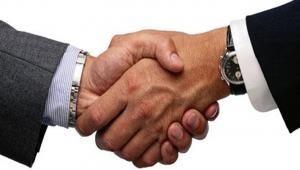 According to Dealogic, on November 27th, Ping An Insurance completed a $4.2bn equity-linked deal in what is the second largest Asia (ex Japan) equity-linked deal on record, behind Bank of China's $5.9bn issue in June 2010. This landmark deal helps to push China equity-linked volume to $14.2bn in 2013 YTD, more than fourfold year-on-year ($3.4bn) and the highest YTD level since 2010 ($15.1bn).

Another notable deal in 4Q this year include China Cinda's $2.5bn IPO completed on December 5th - the largest IPO by Chinese issuers since PICC’s $3.6bn IPO in November 2012 and helps to brings IPO volume to $8.2bn in 4Q this year, the highest quarterly level since 4Q 2011 ($9.7bn).