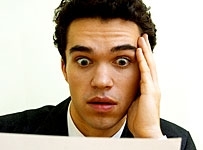 While Asia may be experiencing the same signs today as that of the 1997 Asian Financial Crisis, the region is still far away from falling into yet another crisis.

DBS said in its report that a crisis may be as far as five years from now, or maybe even more.

Current account deficits, capital outflow, collapsing currencies – is Asia headed for 1997 all over again? Absolutely. We’ve been charting Asia’s progress toward 1997 for five years and it’s closer than ever. The good news is, we’re not there yet – 1997 is five years away, maybe more.

There are some problems – mostly in India and, to a lesser extent, Indonesia – but recent outflows reflect jitters over Fed/QE tapering, not structural problems in the region more broadly. QE was never going to last; the inflows it spawned were never going to stay.

Longer-term structural inflows – always the bigger if less sexy force than QE – will stay, and grow. Asia will continue to move forward to the past.

If that sounds ominous, it shouldn’t. A few years ago, everyone said global rebalancing was necessary – Asia needed to stop running surpluses and the West needed to cut its deficits.

That is now happening and, with the important exception of India, that’s pretty much all that’s happening – it’s a benign and welcome development.

And for those international investors who wish emerging market countries didn’t run deficits, they need to realize this is a contradiction in terms.

The only reason emerging markets need foreign money in the first place is to run a deficit. No deficit; no need for foreign cash; no opportunity for the EM investor to earn ‘above average’ returns. It’s that straightforward.

How Asia’s march back to 1997 ends remains an open question. A crisis isn’t predetermined – it depends on policy and on not letting things – leverage mainly – get out of hand.

If leverage and other policies remain appropriate, the cycle doesn’t have to be a cycle – one could run north forever. Asia might not see 1997 until 2027, if then.

But first things first. We’re already talking about the end game when we should be charting the progression towards it. Only when the points are plotted can one declare ‘here is where Asia sits today’.

India has work to do on many fronts. But the region as a whole remains far away from 1997 in 2013. Capital inflows will continue to push it forward to the past for several more years, if not for considerably longer.