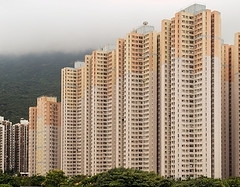 Property investment volumes in Asia-Pac dipped 1.8% to US$ 57.9b

Singapore stood out in terms of average deal size.

According to Knight Frank, real estate investment volumes recorded in the first half of 2013 stood at US$ 57.9 billion, down marginally 1.8% from the same period of last year, but up 9.6% from the second half of 2012.

Japan has remained the most active market followed by Australia, Hong Kong, China, and South Korea.

In terms of average deal size (for transactions over US$ 10m), Singapore stood out with average lot size of US$111 million, although this number does not take into account the numerous sub US$ 10 million deals, such as strata office, industrial and retail.

The increase in retail investors purchasing smaller commercial real estate has been a direct consequence of cooling measures we have seen, most notably in China, Singapore and Hong Kong.

Japan has remained the most active market followed by Australia, Hong Kong, China, and South Korea. In Japan, volumes are up 12.1% when compared to the same period last year.

The positive sentiment brought about by the monetary and fiscal stimulus measures and the weakening Yen has encouraged offshore interest, with foreign investors such as AXA Real Estate, GE Capital, Goldman Sachs active purchasers over the last six months.

As more capital has entered the market, prime office yields have compressed to 4.0%.

Australia saw activity increase significantly over the half, reaching US$13.2 billion, with Sydney continuing to be the most active market.

Notable transfers included the NSW Government portfolio to Cromwell Property group for US$ 373 million and AAMI Building in North Sydney to GE Capital for US$ 118 million.

Some liquidity has returned to Vietnam, despite a continuing crisis in the banking sector, with the largest deal on record going through with the sale of Eden Center (Vincom Center A) to a local purchaser for US$ 470 million.