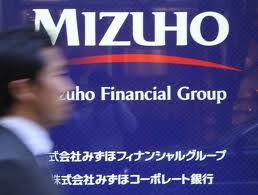 It wants to add bankers from US and Europe who have access to top executives in the health care, energy, technology, media and telecommunication industries overseas, Hiroshi Motoyama, chief executive officer at the Mizuho Securities Co. unit, said in an interview.

It plans to recruit fewer than 10 experts in total, he said.