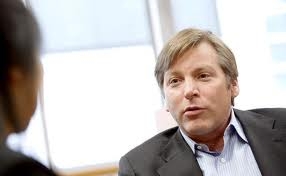 Symphony Financial Partners is seeking $1 billion from investors after its Japan-focused hedge fund returned more than four times its peers.

David Baran, co-chief executive officer of Tokyo-based Symphony, is targeting about $500 million in new allocations for the $200 million SFP Value Realization Fund, which invests in Japanese companies and works with management to prompt corporate actions such as share buybacks, he said.

Symphony is also opening up the $21 million Sinfonietta fund, an Asia-focused macro fund, and looking to raise $400 million to $500 million from outside investors for it, he said.

Baran, who traded stocks and equity derivatives as a proprietary trader at Goldman Sachs and Lehman Brothers in Tokyo, is seeking to entice investor appetite with his fund performances as hedge funds globally struggle to capture new allocations. The Japan fund has returned 16 percent through April this year, beating the 3.6 percent return by the Eurekahedge Hedge Fund Index, while Sinfonietta fund gained 6.8 percent this year, according to Baran.

“Our Japan experience has affected our world view, which has aided performance,” Baran said in an interview from his Tokyo office. “It’s timely to increase our exposure and assets as unlocking value is becoming easier with a dramatic increase of corporate actions in Japan.”
Mispriced Stocks

Baran plans to achieve the fundraising targets within the next two years. Symphony’s current investors are pensions, endowments, funds-of-hedge funds, family offices and high-net- worth individuals, he said.

The Value Realization fund has gained 57 percent net of fees since inception in September 2003, during which the Nikkei 225 Stock Average (NKY) declined about 5 percent, according to Baran. The fund invests in 15 companies with average market capitalization of $200 million to $300 million because companies that size tend to have the “greatest mispricing,” he said.