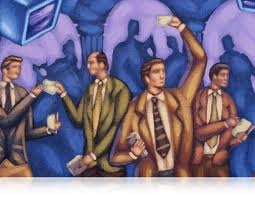 Singapore's $53 billion hedge fund industry is set for a shakeout as the city-state's planned new regulations are expected to raise costs.

The MAS wants fund management companies with more than S$250 million in assets to obtain a license, while the smaller funds will have to register with the regulator before they can start operating.

All funds will have to be independently audited.

The tightening grip of the Monetary Authority of Singapore MAS.L, the industry regulator, would mean that many smaller hedge funds will be forced to close or merge or return outside money and convert themselves into a family office to avoid being regulated, industry executives say.

"You will get an initial wave of consolidation when people realise that they are just not going to make it," said Peter Douglas, founder of Singapore-based hedge fund consultancy GFIA.

The MAS is asking all such companies to have systems to manage and monitor risks. It will also be mandatory for fund management companies, many of which are organised as hedge funds, to have at least two investment professionals.

The regulator has consulted the industry on the new rules and intends to implement them in early 2012. The move will "achieve long-term sustainability of the fund management industry", the MAS has said.

In the near term though, as much as 15 percent of the nearly 400 hedge funds in Singapore might decide to shut as the rules come into force, said GFIA's Douglas.