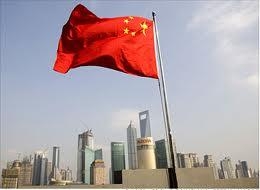 China to open up markets to hedge funds

China's regulators are proposing to allow hedge funds to directly trade in mainland stocks and bonds.

China has for years encouraged long-term investors such as foreign insurers and pension funds to invest directly in the country's stocks and bonds, as part of its broader reforms of the country's financial sector.

The China Securities Regulatory Commission is considering a proposal to lower the bar for obtaining a license that allows foreigners to buy securities in the country, said two industry sources with knowledge of the regulatory agency's thinking on the issue.

It is also looking at expanding the types of investors that may be allowed to obtain the license, called a Qualified Foreign Institutional Investor, as part of efforts to broaden the program, Wang Lin, a senior CSRC official, was quoted by the official Shanghai Securities News on Wednesday as saying.

The move could pave the way for hedge funds to gain direct access to one of Asia's biggest stock markets, where a growing number of companies are seeking a listing. Some 2,400 China stocks tracked by Starmine have a combined market value of $4.1 trillion compared to $3.6 trillion of 2,500 Japan stocks.

Investors seeking exposure to alternative investments in China would be drawn to hedge funds after the move, some analysts said.

"The more sophisticated investors in China have probably gained some experience getting exposure to alternative vehicles," said Ken Yap, a director at research and consultancy firm Cerulli.

"The time might be just right for them to consider some of the more established hedge funds to also get access to China, through the QFII licenses."

A source at one of the biggest prime brokers for QFIIs said that until now, China had been reluctant to issue QFII licenses to hedge funds, even if they met the CSRC's criteria.

New York-based hedge fund Och-Ziff Capital Management applied for QFII status a few years ago, according to two sources familiar with the matter, but the asset manager has not yet been granted a license.

The new initiative to ease the qualification requirements appeared to reflect a softening attitude towards hedge funds, the prime broking source said.

Currently, many hedge funds are accessing the Chinese market via their prime brokers, who use their own QFII quotas to purchase stocks or bonds on behalf of their clients.