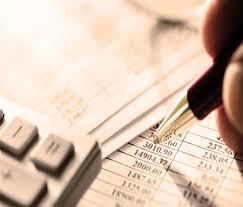 Asia-focused hedge funds started with help from a major backer are shutting down as a shrinking pool of key investors.

Managers with more than $5 billion have lured the bulk of allocations, while a more recent crop of large startups are diverting investors from smaller competitors.

Thus hedge funds that began trading after the collapse of Lehman Brothers Holdings Inc., including those run by refugees from investment banks, were not able to lead a revival for the industry, as expected.

Isometric Investment Advisors Ltd. decided in December to close after its largest startup investor said it would withdraw its cash. Black’s Link Capital Ltd. closed after its biggest investor, a U.S.-based fund of hedge funds, pulled its capital last year, said two people with knowledge of the matter.

About 281 Asia-focused hedge funds have been set up since the end of 2008, 95 percent of which started with less than $100 million, according to Singapore-based data provider Eurekahedge Pte. About 74 percent of them have failed to “significantly” expand assets and 14 percent have since shut, it said. Criteria used by Eurekahedge to define “significantly” include average assets growth of at least $5 million a month, or total capital raising in excess of $100 million.

Asia-focused funds tracked by Eurekahedge oversaw $124.1 billion at the end of last year, 29 percent less than the peak in 2007. They lost an average 8.5 percent in 2011, underperforming the 4.1 percent loss for hedge funds globally, according to Eurekahedge indexes.

“All the smaller funds of funds who used to help and family wealth who used to help early managers grow are just not there,” said Richard Johnston, Hong Kong-based Asia head of Albourne Partners Ltd., a consulting firm that advises investors on hedge funds, private equity and other alternative assets. “The gap between seed capital and getting to a good meaningful sustainable size of $500 million plus is a hard gap to plug.”
Funds Stuck

Albourne counted 22 Asian startups founded since early 2009 by experienced hedge fund managers and traders with at least $50 million of capital, said Johnston. Of those, four have closed because they failed to raise capital beyond that provided by initial investors, he said.

Among funds still operating, five are “stuck at the launchpad” with less than $200 million and one dominant investor, five have raised more than $500 million, and four have more than $1 billion, he added, declining to identify the companies.

But not all startups since 2008 have struggled. Senrigan Capital Group Ltd. in Hong Kong, founded by Nick Taylor, former head of Citadel LLC’s principal investment business in Asia and Europe, started trading in 2009 with 67 percent of its initial $150 million capital from Blackstone Group LP.

Senrigan oversaw more than $1 billion at the end of last year from more than 50 investors, said a person with knowledge of the matter. Chris Nash, Senrigan’s chief operating officer, declined to comment.

Dymon Asia Capital, a Singapore-based manager, started its macro hedge fund in August 2008 with $113 million, the bulk of which from Tudor Investment Corp., the Greenwich, Connecticut- based hedge fund company founded by Paul Tudor Jones. Dymon’s assets have grown to $2.5 billion from about 90 investors, said Willy Ballmann, its chief operating officer.