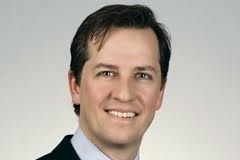 This is among the new domains of debt banker Gael de Boissard along with fixed income business in Europe and Middle East.

Aside from running the group's fixed-income business, De Boissard will also head Europe, the Middle East and Asia.

At the private banking unit, which looks after the financial affairs of wealthy clients, current head Hans-Ulrich Meister will be joined by asset management head Robert Shafir, who is credited with making his former unit more profitable, though it is still dwarfed by the private bank and investment bank units.

The 53-year-old Dougan came under pressure in June when Credit Suisse was taken to task by Switzerland's central bank for holding insufficient capital.

"The changes announced today are a stepping-up of our strategy. They will ... further reduce complexity across the bank for the benefit of all our clients and stakeholders," Credit Suisse chairman Urs Rohner said in a statement.

The personnel changes and reorganization come three weeks after Credit Suisse said it would cut an extra 1 billion Swiss francs of costs as part of efforts to bolster capital and profits.