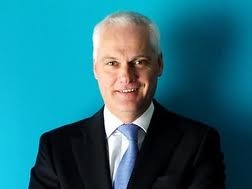 According to BlackRock's new country head, Justin Arter, the $266 billion industry super fund sector shrinks from 400 funds to as few as 40, more funds will be able to bring investment teams in-house cheaply.

This would hamper the operations of commercial fund managers that traditionally serviced the industry funds.

"We've withdrawn from some areas of the market," he said. "We've certainly seen a few boutique suppliers withdraw over the past three or four months. Fund managers have to move with what their clients want."

"What was 400 funds might become 40, for argument's sake. There's certain advantages to scale, and purchasing power is one," he said. "Fee compression has been a feature of the market. I don't think it's going away."

The comments echoed those of Equipsuper chief Danielle Press last week, who said it did not make sense to have nearly 400 super funds in a country with just four major banks and two big supermarket chains.

Ms Press said that the release of a Productivity Commission report that recommended Fair Work Australia nominate which funds were in line for a share of $10bn of fund flows annually, would only accelerate the trend.