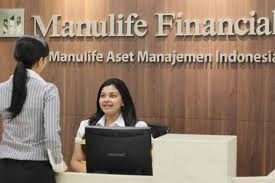 Manulife Aset Manajemen Indonesia expects its funds under management to grow this much next year, on the anticipation of growth in the capital markets and the increase in middle-income households.

He said Indonesia’s growth in middle-income households and a population with many young people would support the nation’s mutual fund industry.

Legowo said currently the biggest type of funds product MAMI offers investors are equity funds, which accounted for around 40 percent of total funds it managed as September.

Funds managed by fund managers in the country — excluding discretionary funds — totaled Rp 172.2 trillion as of October, which was up 9 percent on a year earlier. It remains small compared to the banking industry with assets totaling Rp 4,000 trillion as of September.

Indonesia’s a low take up of mutual funds products is in part due to many people opting to save money in banks instead of investing. Retail investors only constitute a tiny proportion of the total funds that the industry manages.

This trend is also visible in MAMI. Of the total Rp 38.2 trillion of funds that MAMI manages, only 5 percent are owned by retail customers. The biggest contributor of funds are institutional investors, dominated by pension funds and insurers.

“In the future, we want to raise the figure to 7.8 percent or 8 percent,” Legowo said.