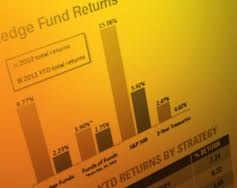 Mainland China said to be opening door to hedge funds

Personnel changes at the CSRC in November prompted speculation that China will open up to investment vehicles.

Some people familiar with the regulator say the China Securities Regulatory Commission is now more open to hedge funds.

The CSRC and the Hong Kong regulator, the Securities and Futures Commission (SFC), announced in mid-January they are working together on mutual recognition of funds.

"The mainland/Hong Kong mutual recognition initiative will open the gate to this mutual traffic flow for the first time. This will be a very substantial breakthrough," said Securities and Futures Commission deputy CEO Alexa Lam.

"Hong Kong does have retail hedge funds so theoretically you could have a Hong Kong-registered retail hedge fund apply for approval to be distributed in China too," says Angelyn Lim, a partner at Dechert in Hong Kong.

"I don't think that will happen soon because the PRC [People's Republic of China] market isn't that open to hedge funds or hedge fund managers but I would think that would be the natural next step."

These 'retail' hedge funds, which have received approval from the Hong Kong regulator to be distributed to the public, are a fraction of the Hong Kong hedge fund market. Lim says there are only around 15 of them and they have not proved popular. "In terms of quantity and assets under management, they are not big players."

A registration regime for hedge funds is currently just rumour but Lim says the current people at the CSRC are "quite open-minded" and could be open to having new products available to the market.

"Until recently you didn't talk about hedge funds being available in the PRC market. There are restrictions on how a hedge fund manager can operate in the PRC because you can't utilise instruments that a manager from outside the PRC would use," says Lim. "There has been some relaxation and there is definitely a trend towards opening up the fund market generally and that would include hedge funds. But there is nothing at the moment that is targeted towards hedge funds."

She sees the announcement in 2012 regarding 'sunshine trusts' as a more significant step for hedge funds in China. In mid-2012 the Shanghai Stock Exchange announced it was considering a plan to list these trusts, which Lim says will consolidate trading and open them to retail investors.

These sunshine trusts – private trust funds – are the nearest thing China has to domestic hedge funds. They are a hybrid between a hedge fund and a mutual fund. They are seen as more transparent than a traditional hedge fund because of disclosure requirements but are exempt from certain investment restrictions and limitations placed on public mutual funds.

In 2012 a pilot scheme was announced for Shanghai allowing foreign hedge funds to establish subsidiaries in China to raise renminbi investments through private placements. The qualified domestic limited partner programme (QDLP) rules are yet to be published. If the scheme is introduced it will be the first private placement regime for hedge funds in China.