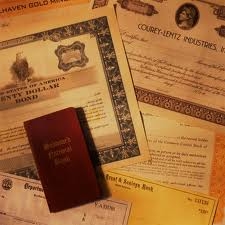 Indonesia will raise money for infrastructure development by reallocating dormant hajj funds from the Finance Ministry into project-based sukuk.


The sukuk are Shariah-compliant government bonds backed by infrastructure projects.

“Now [the money] is merely entrusted to the Finance Ministry. But it would be better if it generated revenue from projects,” said Anggito Abimanyu, director general of hajj pilgrimage management at the Religious Affairs Ministry.

The hajj money comes from mandatory advance payments made by prospective pilgrims, who usually must wait up to three years before they can travel to Mecca.

The Religious Affairs Ministry, that manages Rp 44 trillion or $4.7 billion in pilgrimage funds, began moving the pilgrimage funds into government bonds in 2009 to help finance toll roads, railways and other development projects. Previously, the money was invested in bank deposits.

Investors can also be co-owners through an agreement known as musyarakah , where buyers of the debt and the government contribute funds in cash or in kind.

An estimated 90 percent of Indonesia’s 240 million people are Muslims. Islamic law requires those who are physically and financially able to perform the hajj at least once in their life.

Last year, Saudi Arabia established a quota of 211,000 pilgrims for Indonesia. There are now 1.4 million Indonesians registered for the hajj, an almost sixfold backlog of pilgrimage hopefuls.