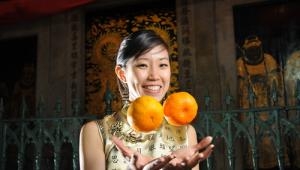 According to BNP Paribas, since the beginning of the Fed “taper” scare, North Asian markets have been perceived as safer on account  of their stronger linkages with developed economies and better macroeconomic conditions.

Recovery in developed economies is apparent in most lead economic indicators.

The recent round of Chinese stimulus is leading to some recovery in growth, though this is hardly likely to be structural. Fiscal and/or monetary profligacy in India and parts of ASEAN have led to severe currency depreciation, and, in the absence of structural reforms, such volatility is likely to continue for some time.

Korea and Taiwan – the key North Asian markets – have outperformed the region so far in 2013.

We believe such outperformance is likely to continue in the medium term, because (1) within Asia these markets are better proxies for developed economies, (2) these technology-heavy markets tend to be supported by demand improvement in the US and EU, and (3) they appear to be free from any of the macroeconomic pressures that afflict ASEAN, India or China.

Take South Korea for example. Traditionally, it used to be one of the most cyclical and volatile economies – with large sensitivity to global growth (exports at 60% of GDP).

During the global financial crisis, the South Korean won depreciated the most. In the present episode, however, KRW has been one of the most stable currencies, supported by a solid current account surplus, increasing forex reserves and declining external debt.

A combination of stable growth, low inflation and the absence of currency concerns, means that monetary policy has more scope to become loose. The BNPP economics team expects another rate cut by BOK in 4Q13.