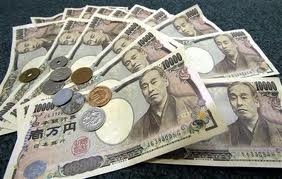 Japanese mutual funds experienced the biggest monthly net inflow in January since May 2011.

This comes after retail investors poured into money reserve funds after locking in profits from rising domestic stocks and equity funds.

The yen's broad falls against the U.S. dollar, the euro, the Australian dollar and other currencies, and the broad strength of Japanese stocks, helped boost the asset value.

Overall mutual funds, or investment trust funds, saw a net inflow of 663.1 billion yen in January, up from 154.4 billion yen a month earlier.

"Investors are continuing to lock in their profits reflecting the trend of the yen and share prices. This trend is still in place," Fumio Inui, vice president of the association, told a news conference.

"Investors are not only collecting proceeds from mutual funds, but investors who took profits from domestic shares are parking their proceeds in money reserve funds, which is boosting the asset value of bond funds," Inui said.