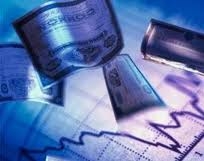 India hedge funds have posted negative returns of 0.9 percent so far in 2012.

Globally, hedge funds are struggling, delivering returns of 3.1 percent in 2012 year-to-date. In the previous year, they had posted losses of 3.4 percent, compared to nearly 11 per cent in 2010.

Emerging market hedge funds have posted returns of 3.65 per cent for January-August, a far better performance than their negative returns of 8.12 per cent in 2011.

The return of 0.73 percent in August was better than the July performance of 0.53 percent.

An analysis of data provided by Eurekahedge indicates that large-size hedge funds with a pool of over $250 million have been the best performers among emerging market-focused funds, generating returns of nearly six percent in 2012 up to September 12.

In India, the difference between the top performing hedge fund — with a 24.9 per cent return — and the worst performer (-19.2 percent) was stark.