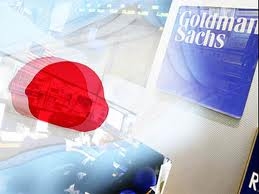 Goldman Sachs is scaling back operations of its prime brokerage unit in Japan, which services hedge funds.

It will shift some staff and operations to Hong Kong.

This also results in the departure of the unit's head, Toru Okabe, by the end of July.

The Japanese hedge fund industry is struggling to attract investment into Japan-focused equities funds due to aslump in the local stock market and long-lasting deflation in the economy.

Goldman in May transferred its Japanese stock loan desk from Tokyo to Hong Kong, integrating it with a desk handling such loans for other Asian stocks, the sources said.

Staff from the Tokyo stock loan desk were assigned to the prime brokerage team in Hong Kong, which focuses on providing services in loaning stocks, they said.

Goldman said it was reallocating its operation in the prime brokerage business in the region.

"The industry as a whole is operating increasingly on a Pan-Asia basis and we are reallocating our resources to better meet with clients' needs," Hiroko Matsumoto, a spokeswoman at Goldman Sachs Japan, said.

Goldman will this year switch the venue for its annual Asian hedge fund conference to Singapore from Tokyo, where it has been held for the past 12 years, the sources said.