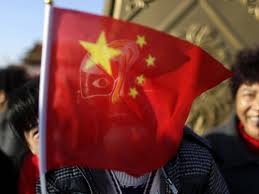 China has commenced a new investment reform allowing foreign hedge funds to use funds from Chinese residents in investments abroad.

Called the Qualified Domestic Limited Partner programme, it is the latest and boldest reform to open the capital account.

This will allow domestic capital to flow abroad, and will also provide an opportunity for Chinese institutions to seek funding through a new investment option.

Reform investment options open to these institutions were previously limited to a domestic stock market – which is commonly seen as a scasino – under developed capital bond markets or incredibly limited foreign investment.

The limited investment previously allowed to foreign hedge fundsin China had caused an unsustainable property bubble throughout the past decade. Other reforms have included allowing foreign institutions larger quotas when investing in capital markets and expanding the renmimbi’s trading band to give greater currency flexibility.

The hedge fund reform will mimic other Chinese reforms, starting cautiously. Licenses to operate in China will be issued in Shanghai only to firms controlling over $10bn in assets, and there will a limit of $5 billion of total assets which can be raised collectively by licensed funds.

Hedge funds are already queuing to apply, as this $5bn will not be split evenly between funds but divided competitively.