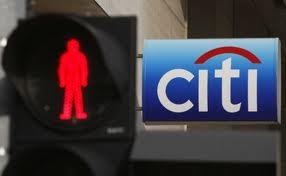 The losses were incurred after gold fell from a record high in September, reports Bloomberg.

Rajaraman had $19.2 million worth of gold in his account on Sept. 23 which the bank sold, along with other collateral, on Sept. 26 “in the face of a rapidly deteriorating market,” leaving a $1 million shortfall, according to a Nov. 18 lawsuit filed with the Singapore High Court. The first closed hearing is scheduled for Jan. 27.

Gold plunged 11 percent in September, and the bank liquidated Rajaraman’s account after it reached a so-called forced sell level and got his authorization.

“We intend to pursue the case and it’s inappropriate for us to comment further,” said Citigroup’s Singapore-based spokesman Adam Abdur Rahman.

Citigroup breached its agreement by closing his account without prior notice, according to an Oct. 7 letter from Oldham, Li & Nie to the bank’s lawyers including William Ong at Allen & Gledhill LLP.