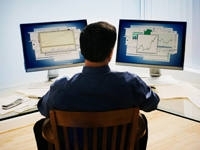 Asian hedge funds are gicing up their secrecy and allowing clients more control of their investments in order to draw money from institutions.

The so-called managed accounts that more Asian hedge funds have started to offer clients come as a lifeline for funds in the region, a majority of whom are otherwise too small to lure institutions who are the biggest investors in the industry.

"As a manager trying to grow a new strategy, you do whatever it takes to get capital," said Gautam Prakash, founder of U.S.-based hedge fund Monsoon Capital.

"I see the majority of client money into my Asia fund coming through managed accounts route, going ahead," he said.

Monsoon Capital's Asia hedge fund currently runs one $5 million managed account it started in November and expects to sign at least two more this month that will almost double its assets to $40 million.

About 65 percent of Asian funds have $50 million or less in assets, according to hedge fund tracker Eurekahedge, making it tough for investors to commit substantial capital to them.

Investors typically avoid contributing more than a tenth of a fund's assets. A managed account solves that problem for large institutional investors who feel comfortable investing in smaller managers in exchange for better fee terms and control.

While bigger hedge funds in Asia such as Macquarie Funds Group require a minimum of $100 million to run a managed account, some managers are willing to provide the service for as little as $5 million now depending on their fund strategy.

Macquarie, whose smallest managed account runs $200 million, started its third account in 2011, a source with direct knowledge of the matter said. Macquarie could not be reached immediately for a comment.

Hill, whose firm manages about $300 million and requires a minimum of $20 million to run a managed account, said they had more money in such accounts than in funds.

While the global hedge fund industry has regained its pre-crisis asset level, data from industry tracker AsiaHedge shows assets in Asia contracted 5 percent in the first half of 2011 to $145 billion, $47 billion below the peak level hit in December 2007.

Managed accounts are seen as one way to close that gap.

"We see many funds either looking to put in place or add to existing managed accounts," Wightman of SunGard said.