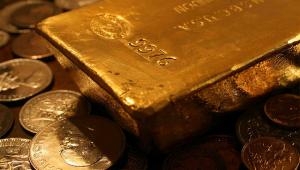 Here's why you should still invest in gold despite plunging prices

Instead of dumping it all on stocks.

The price of gold is down more than 25% this year, with most major banks also predicting another rough year for the asset class in 2014. But Kevin Quigg, Global Head of ETF Sales Strategy, State Street Bank & Trust, argues that gold should still be part of any investment portfolio.

"On an ongoing basis, and this is statistically proven, that a 4 to 10% allocation of gold, or SPDR Gold Shares, will increase performance in a portfolio and decrease volatility," said Quigg.

"Looking out into the market place, I’d probably look back. We are at the five year anniversary of the global financial crisis and what was the asset of last resort that did well in that period? It was gold when other areas were struggling.

"I would like to have a magic ball and say I knew everything that was going to happen in the market over the next year. I don’t. Most investors don’t. And if that’s the scenario, you should have an ongoing allocation to gold."

Quigg explains the weakness of gold to a lack of seasonality in the gold market.

"I think what we’ve seen more recently is the traditional strong seasonality of the gold market is not exhibiting itself this year. So traditionally, as we enter in the Indian festival season followed by Christmas, followed by the Chinese New Year, followed by Valentine’s Day, you see some seasonality in the jewelry market place," said Quinn.