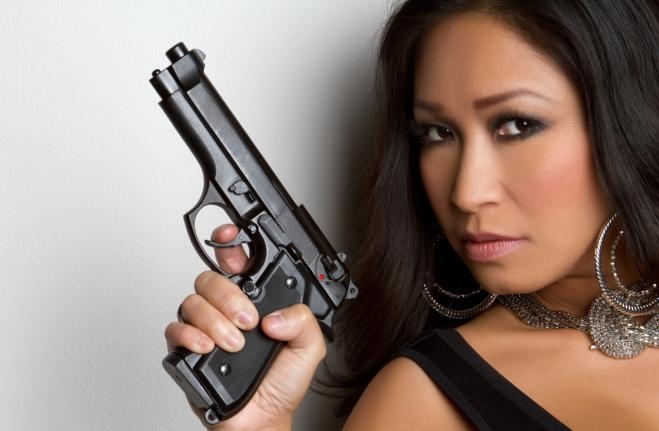 Here are the top 5 risks for forex this week

You have been warned.

Most of the major currencies are trading higher this morning and this suggests that forex traders are looking forward to the busy trading week.

Kathy Lien, Managing Director of FX Strategy for BK Asset Management, said there are many Tier 1 economic reports and central bank meetings but some events will have a more lasting impact on currencies than others and those are the ones that traders need to be aware of in order of importance:

We believe the most important event this week is not the non-farm payrolls report but the European Central Bank's monetary policy announcement on Thursday.

The EUR/USD dropped more than 2% last week on the back of less pessimism from the Fed, weaker Eurozone data and dovish comments from an ECB member. With inflationary pressures slowing significantly in the region, investors have rushed to price in another round of easing from the ECB. Some economists are even calling for another rate cut by the central bank on Thursday.

While we believe this forecast is overly aggressive, the reasoning is sound because inflation is a top priority for the central bank and there's a good chance that Mario Draghi will be less optimistic and appear more inclined to ease monetary policy.

This could accelerate losses in the EUR/USD in second half of the week causing the currency pair to drop through 1.34 and head towards 1.32. However if the central bank President downplays ECB member Nowotny's comments or suggests that the drop in inflation will be temporary, the EUR/USD could recover quickly.

Non-Farm Payrolls is generally one of the most market moving pieces of data for the Forex market but this month's release will be distorted by the government shutdown, which means that the market will discount any surprises. Investors widely expect slower job growth in October followed by a snapback in November.

Economists are currently looking for job growth to slow from 148k to 125k and even if we get a below 100k print, it may not alter expectations for Fed tapering significantly. We should see the dollar sell-off if payrolls are weak but the losses could be limited.

It will also be important to watch changes in the unemployment rate. The bigger reaction could actually be to a stronger payrolls report. If NFPs exceed 150k, we expect to see an aggressive short squeeze in the dollar because the stronger number would consistent with the Fed's less pessimistic views.

As a result, we expect the RBA to grow more optimistic and maybe even drop the line "Members agreed that the Bank should again neither close off the possibility of reducing rates further nor signal an imminent intention to reduce them" from their monetary policy statement. By doing so, the RBA would be effectively telling the market that they are done easing which would be extremely positive for AUD/USD.

GDP numbers are always important even if the data is distorted by the U.S. government shutdown. Growth in the third quarter is expected to slow significantly but it will be interesting to see how deep the contraction was since retail sales growth was anemic not just in October, but throughout the quarter.

Last week's less dovish FOMC statement has some investors positioning for tapering in December and this week's economic reports will harden or weaken their expectations.

If growth slows materially, the dollar could give up its gains, leading to a recovery in high beta currencies. If growth beats expectations, it would confirm the central bank's bias and extend gains for the greenback.

Chinese trade numbers challenges the U.S. Q3 GDP number in importance but we have dropped the data to #5 because the release time is unknown. As we have seen today, Chinese growth can have a significant impact on risk appetite.

Many of the major currencies are trading higher today because service sector activity in China grew at its fastest pace since the third quarter of 2012. Improvements in the manufacturing and service sectors indicate that the recovery is gaining momentum and this bodes well for the global economy.

Towards the end of this week, Chinese trade numbers are scheduled for release and the surplus is expected to rise sharply thanks to a jump in exports. Good Chinese data should benefit all high beta currencies and lead to a correction in the U.S. dollar.

While these are the Top 5 most important event risks for the forex market this week, there are many other economic reports that could impact currencies making it extremely important for forex traders to stay on top of the economic calendar.